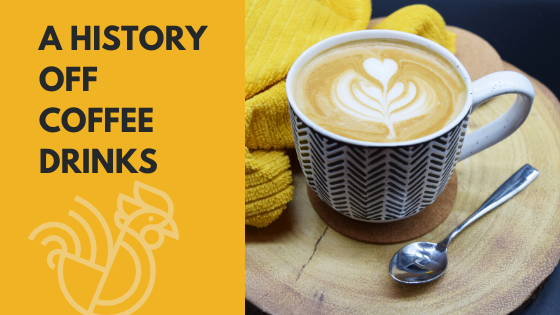 We’ve spoken a lot on these blogs about where your coffee comes from, how it’s made etc.
But we’ve not yet spoken about your favourite drinks and their origins.

Well, it’s time for us to look at a short origin story for each of your favourite drinks! 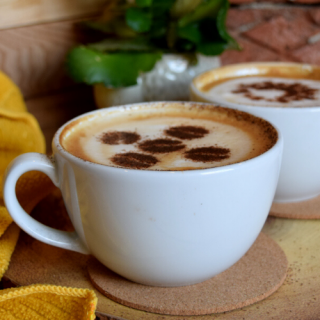 Cappuccino– The cappuccino first appeared in a Viennese coffee house. In 1805 it was described as coffee with milk and cream, in some places they would add spices too. The name came about as the drink would look the same colour as the Capuchin monks’ robes. In Italian, cappuccio, means ‘hood’.

Although the name originated from Vienna, it was invented in Italy, where it took on its common name ‘Cappuccino’. It was first made in early 1900 which was shortly after the popularisation of espresso machines.

After a few improvements by the Italians of a good espresso and a balance of steamed and frothed milk. It was world war 2, where the popularisation of the drink spread around the world. By the time it reached England, they had already become fond of drinking coffee with milk and is now enjoyed all through the day. In Italy however, you will rarely be served a cappuccino after lunch as it is considered a morning drink. 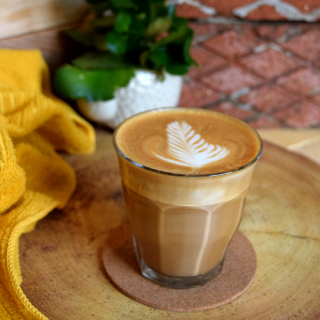 Caffe latte– The term Cafe Latte was created in certain regions of Italy where American tourists frequented. The American travellers struggled with the bitter and richer flavours of espresso so warm milk was added to make a more palatable and sweeter drink. It was in the 1980s that in Seattle, Washington the ‘Latte’ was standardized.

It should be noted that if you travel to Italy and ask for a ‘Latte’, you will be handed a glass of warm milk. 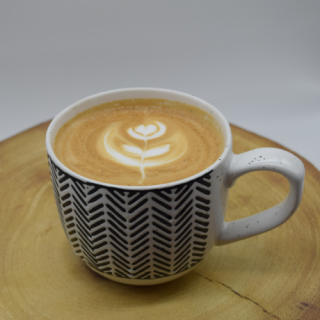 Flat white– The history of a flat white is a little unclear. There is an ongoing rivalry between Australia and New Zealand about who invented the flat white. Alan Preston, an Australian, claimed that he created the term in 1985 when he opened his café in Sydney. After moving to Queensland in the 1960s he stated that he frequently offered ‘White coffee- Flat’.

Fraser McInnes a former barista in New Zealand, says he came up with the Flat White in 1989 after making a bad Cappuccino. He said that the milk for the cappuccino didn’t rise properly, therefore serving a flat white to the customer.

The dispute is ongoing today between the two countries. And no one can accurately say who is correct, it remains one of coffees mysteries. 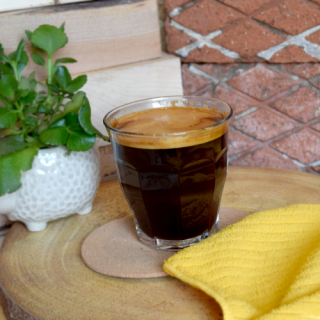 Americano– Americanos were invented during the second world war. American GIs were stationed in Italy, while there was a ration for coffee in many places. Here there was plenty. Although there was enough coffee for the soldiers, it was not what they were used too. The only options at the time were cappuccinos and espressos. The Espressos were too bitter and cappuccinos to heavy compared to what the soldiers would drink back home.

This was a problem for the Americans, so the local baristas came up with a solution. This was to provide hot water with the espressos, to water them down and then add milk and sugar as desired. This was referred to as a Café Americano which is now shortened to an ‘Americano’. This is now a coffee that is recognised all over the world. 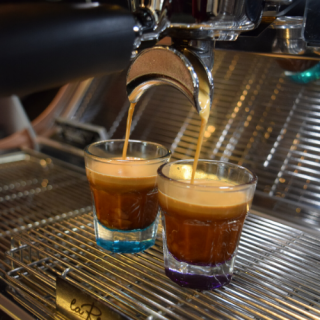 Espresso– Espressos were created with the need for speed. In the 1800s coffee was a huge part of European culture and baristas needed a way of creating individual drinks faster. Angelo Moriondo of Turin, Italy, was the inventor of the espresso machine. He used to steam and pressure to quickly brew a cup of coffee. In the 1880s he patented his design and it was never released commercially.

Later, in 1906 two Italians developed Moriondos idea further and shared their invention at World’s Fair in Milan. They called the beverage the machine created ‘Caffe Espresso’. It wasn’t until world war 2 that inventors began developing the pressure, adding leavers created what we now know as ‘Crema’. Finally, it was the invention of a motorised pump by Carlo Ernesto Valente that gave the espresso machine the 9-bar pressure we use today. 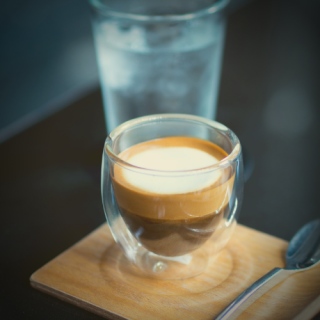 Macchiato– Macchiato means ‘marked or ‘stained’, it is the idea of taking away the harshness of the espresso but still packing a punch. Like with most of the coffee we see on the menu, it’s an Italian idea. As cappuccinos are not regularly consumed by the Italians after midday, a macchiato allowed them to enjoy a slightly sweeter drink in the afternoon.