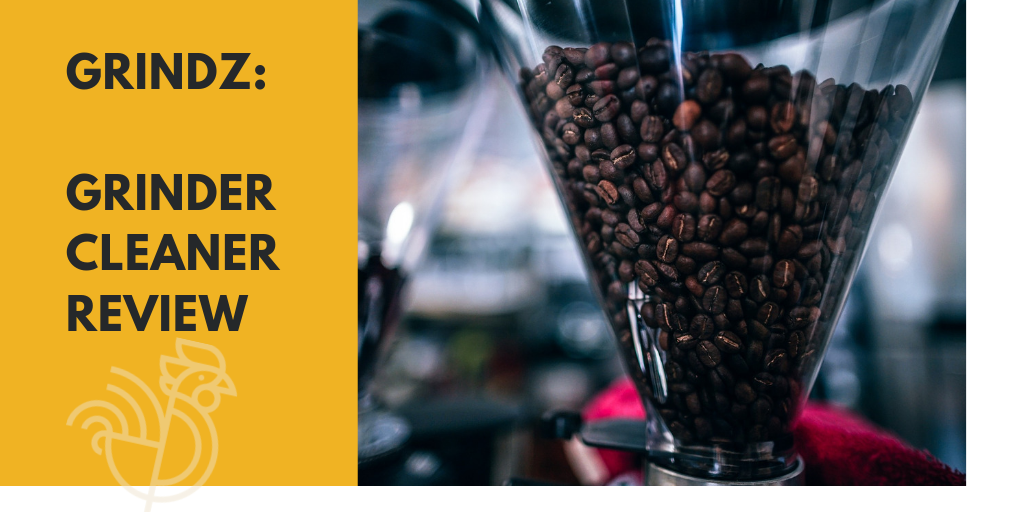 When with high volume coffee shops, keeping your equipment clean is essential to protecting the quality of your product and service.

Your coffee grinder spends all day powerfully cutting tens of thousands of beans into millions of even-sized particles.
Whilst doing so makes a lot of even smaller and much peskier microparticles.
These microparticles or ‘fines’ as they are known, can cause all sorts of problems.

They stick the sides of grinding chambers, coffee chutes and stick to themselves which over time creates a build-up and sometimes even a blockage.
Once that happens you are forced to clean it to clear the blockage regardless of if you have a queue starting to build!

It’s recommended to routinely take your espresso grinder to pieces and give it a thorough clean.
The top plate comes out with the top burr attached. All the loose grinds in the grinding chamber should be removed to expose the bottom burr.
The chute should be brushed through and wiped before starting to remove all the build-up from in between the burr screws, to the sides of the grinder chamber threads and more.
This is a process which takes some patience and isn’t a quick task.

After cleaning and clearing u 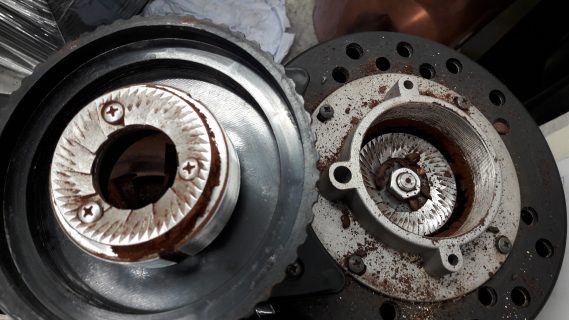 Sounds simple when you put it into words,  putting eight or so screws back into place.
Quite often the top burr plate screws in wrong or you realise you can’t tell if it’s in the same position you started in.
Which would mean completely reconfiguring your grinder.

Worst case scenario, you’ve returned it to a position that grinds your coffee far too fine and instantly your grinder is blocked again.
(I’ve done this, and I know I’m not alone!)

This reads like a horror story! You’re probably now nervous to the point of sweating!
Cleaning the grinder sounds like a disaster waiting to happen and you’ll probably want to assign the task to the newbie to avoid your own headache!

But wait! There is a saving grace…
No dismantling your grinder and still releasing an unfathomable amount of exploding brown clumps of fines…

Imagine if you could absorb all that coffee oil that’s sticking the fines together with a talcum powder-like substance. Easily blast it all out with the power of an industrial sandblaster!
Leaving no trace of fines build-ups and clearing out the chute at the same time… 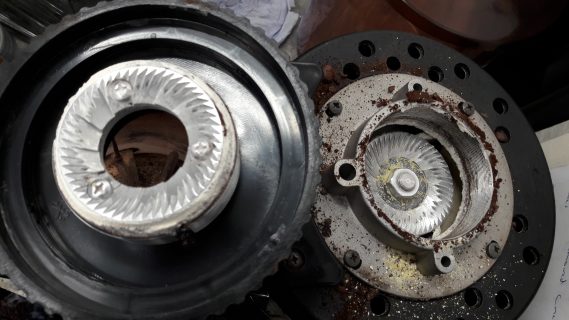 That is the awesome new reality I was faced with after being handed a tub of Grindz!

Grindz is a new grinder cleaning tablet that you’ll thank the stars exists.
After years of only knowing manual grinder cleaning, I was sceptical that a tablet could clean a grinder and remove all the fines as well as a manual clean.

I found our oldest and most neglected grinder I could find. (A chamber grinder pulled out of a café that didn’t know grinders need to be cleaned at all, whoops!)

Upon removing the top burr, the expected ring of crust surrounding it was clearly visible.
The screws were encapsulated and the screws slots completely filled with the sticky brown residue, yuck!
A perfect state to try out the cleaning power of the grindz tablets.

I put the grinder back together and followed the foolproof instructions on the Grindz tub.
One cap of tablets went in, I switched the grinder on and instantly a stream of white power was ejected from the chute speckled with small clumps of brown.
Having previously removed all loose coffee grinds from the chamber and chute it was evident that the tablets had dislodged and removed some of the build-ups.

Upon inspection of the burrs, I noticed a lot of the build-up had gone. The deeper more solid fines however remained,  and were then coated in a titanium white powder.
I could see it had

worked, but not to the 100% sparkling finish I would achieve with a lot more time and some polishing equipment.

So I put everything back in place and tried another cap full (now using a total of twice the recommended dose) and gave the grinder a blast.
This time the stream of cleaning product coming out of the chute was laded with coffee fines.
Inside the grinder now was a set of burrs completely free of old fines and coated in a white powder.
I continued following the instructions and ground through twice as much coffee as cleaning tablets. (80g of tablets and 160g of coffee)
Then once again inspected the results. 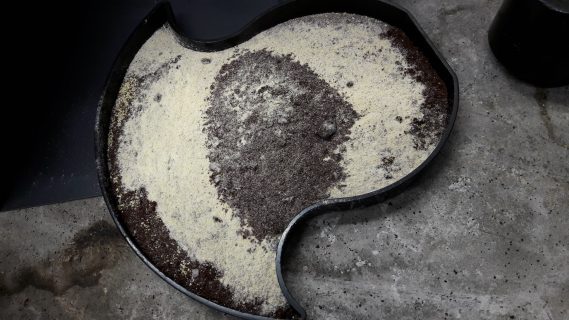 The burrs and grinding chamber were now filled with fresh coffee (including fines) that all moved freely and would not create another blockage.

Success! Not a sign of white powder was visible either…except in the dosing chamber.

The dosing chamber was very neatly and evenly plastered with the white powder, even a painter decorator would be proud to put their name on that!
Quite a job to clear, it took a lot of brushing to remove the cleaner residue.
It could be done by grinding enough coffee to fill the chamber and dosing it out again, but this would be a huge waste so not ideal.

In conclusion, the overall power of the tablets has won me over.
In extreme cases, twice the necessary amount is needed but with regular use the recommended cap full works a dream!
Reducing the chance of a mid-service blockage hugely.
I would avoid using it with a chamber grinder or if the chamber is easily removed definitely do that first.
For on-demand grinders and baristas with a tight schedule, this product is a dream!